Bi-fold Doors For A Bay Window? 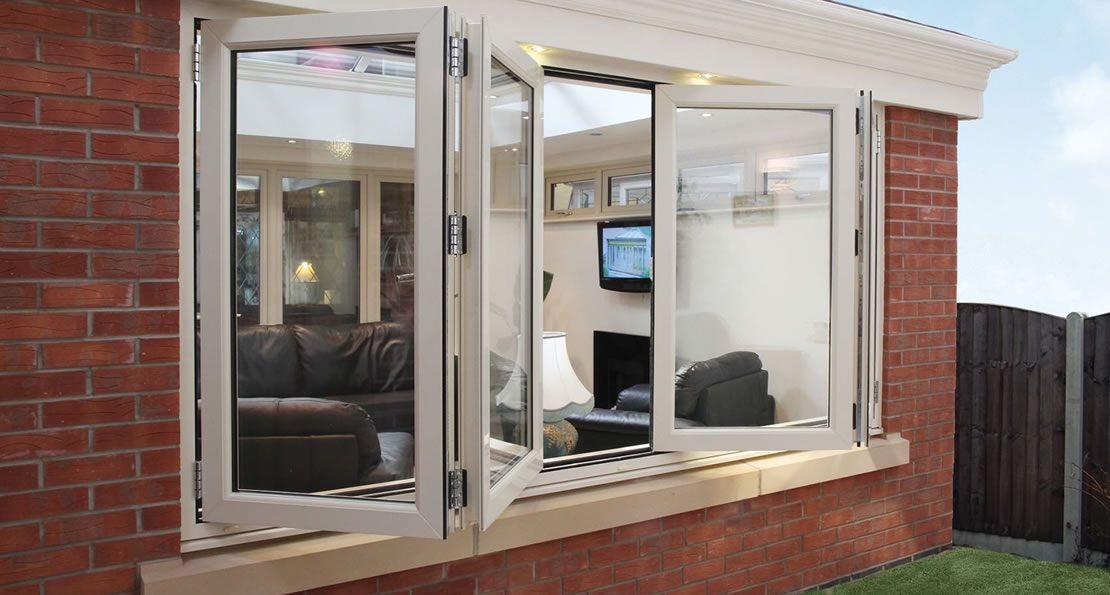 When you think of bi-fold doors, you probably think of a huge expanse of glass. Offering unobstructed views and access to your garden when open, bi-fold doors are an increasingly popular choice. And it’s because they’re so versatile and adaptable that more homeowners are choosing them. Let’s dive in and find out more, below.

Bi-fold doors in a bay window

There are hundreds of different combinations and styles of bi-fold doors to choose from which makes them the ideal solution for a bay window.

But there are a few things you need to be aware of, so you get the best design, style, and finish when choosing a bi-fold door for your bay.

How do bi-fold doors operate?

Bi-fold doors consist of at least two doors, mounted on rubbers so that when you open them, they will with stack (open) inwards or outwards. There are other additions you might want to consider making operating the doors safer, such as child-safe hinges.

How the doors are split will also make a difference in how they operate and suit your home. They can either split on one side or split in different places, so you don’t have to open the entire space each and every time. For example, you might just want to open one or two panels to increase airflow in the room.

How do bi-fold doors work on a bay window?

Generally speaking, there are three conventional shapes of bi-fold doors in bay windows:

As yet, bi-fold doors for bay windows are not as common as those for larger expanses of wall.

They need to be specifically designed and installed for your bay, window but this isn’t a bad thing – you can configure the openings that you want, including whether they open inward and outward, as well as the style and finish that you want.

In terms of configuration, it makes sense to have the panels stacking equally on either side of the window, but this depends on whether the bay window is central to the wall or offset.

To learn more about our wide selection of window replacement options, call Broadview Windows today at (614) 319.4599. You may also use our Quick Quote form to schedule a free in-home consultation. We based in Powell, OH and serve all areas of Central Ohio.

GET A QUICK QUOTE